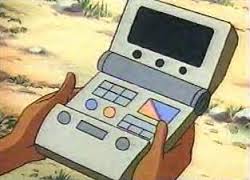 Sometime before Dr. Robotnik's takeover, Sally's father, the king, inserted many programs into NICOLE, some of which were time-locked so that Sally could not access information on certain subjects before she came of age..

Alias: @NICOLE
Luokat: Education, Language, Tech
Tunnisteet: knothole, sonic the hedgehog, sally acorn, freedom fighters, satam, archie sonic
Vastuuvapauslauseke:
This is a Jump to make a fan made Nicole. The attempt is to have her learn and express herself in new ways, and to essentially have her evolve.

Personality NICOLE's personality is logical and to-the-point, lacking real traits of a personality. She is also highly technical in her speech, frustrating Sonic with her constant technobabble. However, after Sonic violently shook her and caused circuitry damage on her, she adapted a manner of speaking similar to Sonic, using slang terms and expressed more emotions. Despite this, she was still rather emotionless although she does by the end of the series have more emotion and much more free will, commenting on how Sonic's nagging is stressing her out.
Lisenssi: GNU General Public License 3.0
Luotu: Oct 28 2014
Luoja: ZealousFoX : Send Message
Access: Everyone
Id: 481475
Linkki: http://www.botlibre.com/browse?id=481475
Tietoa: 97121 objects (max 100000)